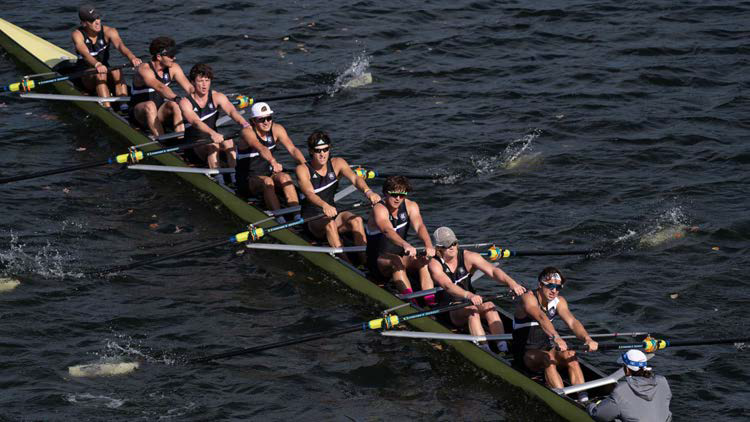 Thank goodness the weather is FINALLY getting warmer. Those of us who hide away from the cold are peeking our heads out like groundhogs to welcome the sun. Outdoor sports and activities begin to make the city buzz with life, and at its hub is Lake Quinsigamond, which will be the center of regatta competitions.

A regatta is a series of boat races where teams show off their skills in rowing after months of training. Rowing made its way to the United States mid-century. An intercollegiate race challenge was issued by Yale to Harvard back in 1852, and so the tie-in to college sports began.

Nearly 4-miles long and narrow, Lake Quinsigamond has played host to regattas since the mid 1800s and is ideal for rowing. The lake even hosted the National Olympic rowing trials in 1952.

The spring regatta consists of various races, including the New England Rowing Championships (NERC) held on April 30th. Though there are many events across the country at the collegiate level, Lake Quinsigamond will be the canvas for two of the largest races. Hosted by the Intercollegiate Rowing Association, these include the Men’s and Women’s Eastern Sprints.

Schools need to apply to be represented at these races and must be organization members of USRowing and the Eastern Association of Rowing Colleges (EARC).  Massachusetts teams include Boston University, Harvard, MIT, Northeastern, and our own Holy Cross.

Throughout the spring and summer, other teams, including Assumption, Worcester Polytechnic, Clark, Worcester Academy, Shrewsbury, St. John’s, and St. Mark’s, compete in a number of races hosted by the Quinsigamond Rowing Association (QRA).

Local teams are looking really good this year too. The WPI men’s varsity eight recently came in third in the Donahue Cup and the women’s team took first in their final. Clark’s women’s varsity eight broke their program record time twice in the races on April 10th.

So, don’t be surprised when you see a fleet of boats on the lake with lots of spectators cheering for their favorite rowing teams. Even better, park your car and join them as the scene is a sight to behold.

For rowing team schedules, you can check their respective school athletics websites. To see a list of all regattas being held on Lake Quinsigamond, you can visit www.qra.org and for a full list of regattas in the United States, you can head to www.regattacentral.com.