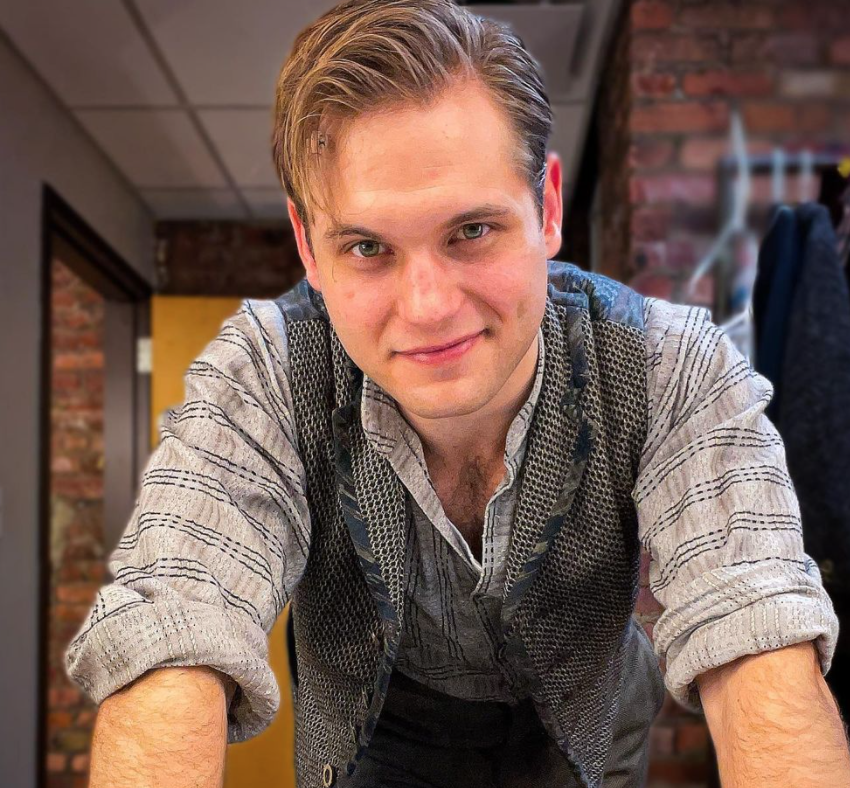 New York City based actor Sam McLellan is no stranger to the stage. His credits include Fiddler on the Roof, Mamma Mia, and his current role of Dmitry in the Broadway musical Anastasia.

“This has been, honestly a dream come true, working on this project,” he says, “And not just because of the material, it’s a wonderful show and it’s an incredible role to play, I have so much fun with it.”

Dmitry is a clever con man who sells stolen objects from Russia’s Tsarist past on the streets of St. Petersberg. His newest plot is to capitalize on the reward for Anastasia Romanov, the daughter of Tsar Nicholas. Although the entire Romanov family was reportedly murdered by Bolsheviks, Anastasia’s wealthy grandmother in Paris believes she is still alive and will pay dearly for her safe return.

“The story itself is based on historical events in the life of Anastasia Romanov, who flees her home in Russia and journeys to France to discover the mystery of her past. It’s just, you know, an epic adventure to find home and family,” he explains.

McLellan prepared for the role of Dmitry by studying the script, looking at existing materials, and developing a well rounded picture of his character in order to have, “an understanding of a character to where I can tell this story believably.”

McLellan adds, “It’s actually been a lot easier to get myself there. A lot of the things Demitry as a character goes through, I find there’s a lot of correlation with things I’ve experienced in my life. Kind of coming from a sort of rough and tumble background where trust has sort of been a difficult thing. And it takes a process of getting to know someone and understanding that their well being is just as important to you as your own, and you begin to rebuild that. Just like personally, I’ve had that kind of experience, so I really understand the arc of his journey. So every night coming into the show, I feel like I can do it justice.”

Aside from enjoying the role, McLellan credits his castmates and crew as “top tier talent”, who are “constantly challenging each other and growing.” He is eager to compliment the drive and dedication of his coworkers.

“I mean, it’s not very often that you get to work with a group of people that are constantly pulling the best out of each other, but I find that this is one of those jobs and I feel very honored to be a part of it.”

Catch Sam McLellan and the cast of Anastasia at the Hanover Theatre April 14th through 17th. More details at thehanovertheatre.org/event/anastasia/