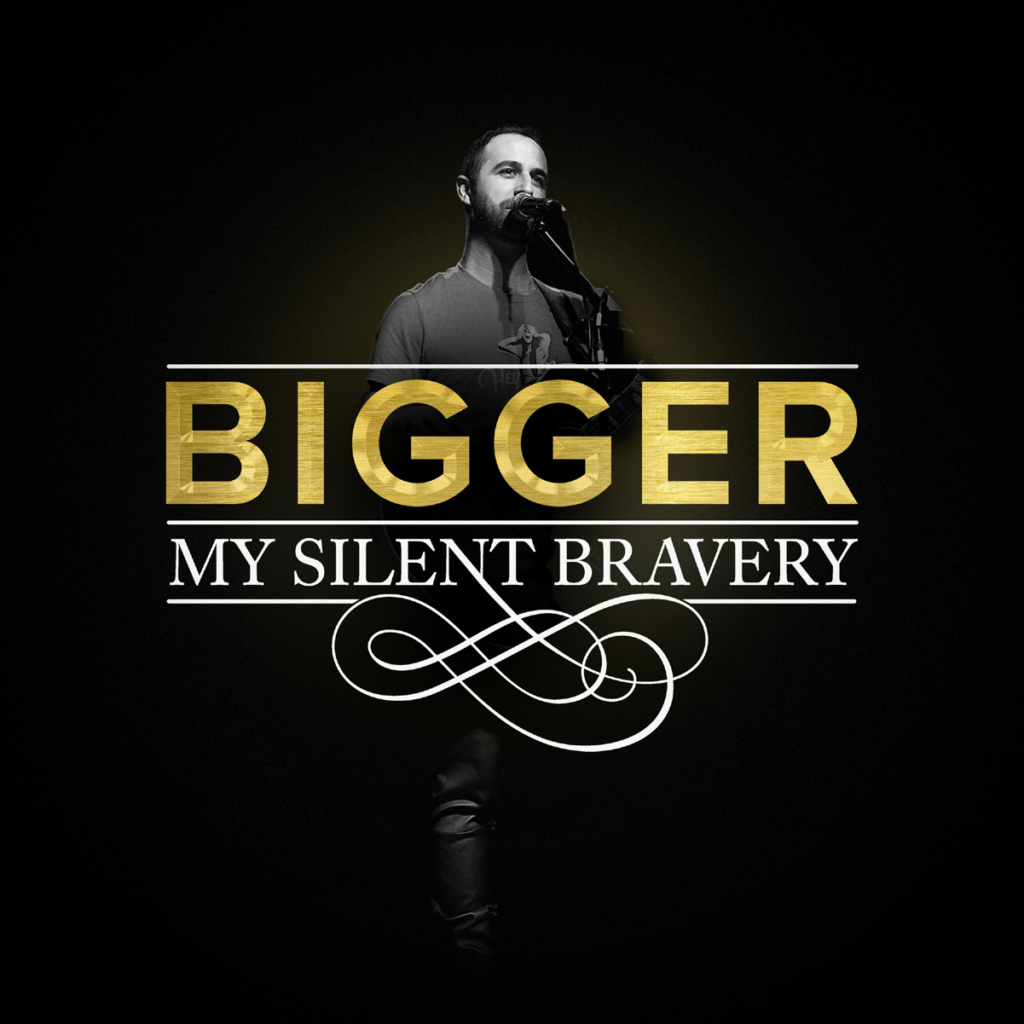 Matthew Wade knows how to get it done. The singer/songwriter and Worcester native has been recording, releasing, and touring his own music independently for the past 15 years under the band name My Silent Bravery, and in that time he has amassed a large fan base and following without the help of a major label. He’s looking to continue his success with his newest album, Bigger, which was released on Dec. 3

.
“I never sought out a major label deal,” says Wade, who instead releases his music under his own MWS Records. “I’ve always really enjoyed the independence of creating the type of music that I want to make and not have to really answer to anybody. I like that freedom and embrace the do-it-yourself approach.”

My Silent Bravery is all Wade. He’ll play with hired studio musicians and collaborate with producers when recording his music, but when he tours it’s usually just him performing his pop/rock music acoustically. For Bigger, he went to West Coast Customs Studios in Burbank, California, where he worked with producers Russell Ali & Sanjoy Deb. He says he’s “really happy” with the outcome, and that Bigger, his ninth studio album, features more “hip-hop oriented” beats than his previous work. Similar to his other records, the songs on Bigger sound pristine and are produced with the feel of a major label despite not being part of one.

“When I put out music, I want it to be the best quality and the best music it can be, and hopefully it’s accessible to a larger audience,” he says.

Before Bigger was even released, Wade had videos for many of the songs already posted online. The reggae inspired “Spark Up the Fire” racked up over 250,000 views in just over two months, and “Kiss Your Mouth” had nearly 25,000 views in six weeks. The videos are part of what Wade refers to as his effort to do what a major label would do. Being independently run and funded isn’t easy, he says, but it seems to be paying off. His social accounts are nothing to ignore either, with over 130,000 followers on Twitter and 54,000-plus on Instagram.

“It’s a big undertaking but I enjoy it and the fans seem to be enjoying it,” he says. “I just keep trying to put out better and better music that will hopefully inspire people in their life.”

For Wade, who has received numerous awards and accomplishments–such as his song “Got it Going On” off his 2017 album Willing to Try reaching number one on the Billboard Hot Singles Sales Chart–the achievement he is most proud of is his ability to spread a positive message and “hopefully change people’s lives” for the better.

“There’s an inspirational component to the music I make and that’s really important to me,” he says. “One of the things that I tell all my fans is that I hope people leave (my shows) more inspired than when they came and hopefully the music translates for them wanting to go out and accomplish their dreams.”

That need and drive to inspire others comes from a down time for Wade when he suffered a sports injury that “really altered” the course of his life and still affects him to this day. He herniated a couple of discs in his neck while working out and sought treatment, but there was “no real clear-cut path to feeling better,” he says. He turned down surgery and turned to spirituality for healing–specifically Kabbalah–and through studying that and working on himself he had an epiphany.

“I realized that what I want to do is help other people through their challenges the same way I was helped through my challenge,” he says.

Wade adds that he is a firm believer in energy and karma, going back to when he got his first big break with the first song he ever wrote in high school being featured years later in the television show “One Tree Hill.” He learned how to play the guitar as part of a senior project at Bancroft School, writing the song “Side of the Road,” and ultimately that turned into many more to follow. Wade admits it was a major move out of his comfort zone at the time. Although he had always loved music, he just didn’t have the confidence as a new artist.

“In my mind it was the universe sort of rewarding me for that big risk, that big jump into (music) and I think sometimes in life when we take big risks like that the universe does reward us and we just need to be paying attention,” he says about his song being picked up for television. “It was six years later so it took some time, but it was worth the wait.”

From penning his first tune for a school project, to now opening for artists like Billy Idol, Daughtry, and Bryan Adams, Wade has come a long way with My Silent Bravery. But his mission has remained the same: to pay it forward and inspire others. He continues to do so, most recently by interviewing other artists on his Instagram account every Tuesday at 8:30 p.m., giving them an opportunity to be showcased to a larger audience they may not otherwise have exposure to.

As for other independent artists just starting out, Wade offers some advice.
“Keep dreaming,” he says. “You have to have the dream and be passionate about what you’re doing because in the end that’s what’s going to sustain you,” he says.

Advice for other independent artists?

“Keep working hard, get lots of feedback, surround yourself with people that believe in you, and keep dreaming—you have to have the dream and be passionate about what you’re doing because in the end that’s what’s going to sustain you. (And) you have to have a thick skin—there are going to be a lot more no’s than yeses, but you have to be ready to step up to the opportunities when the yeses come.”