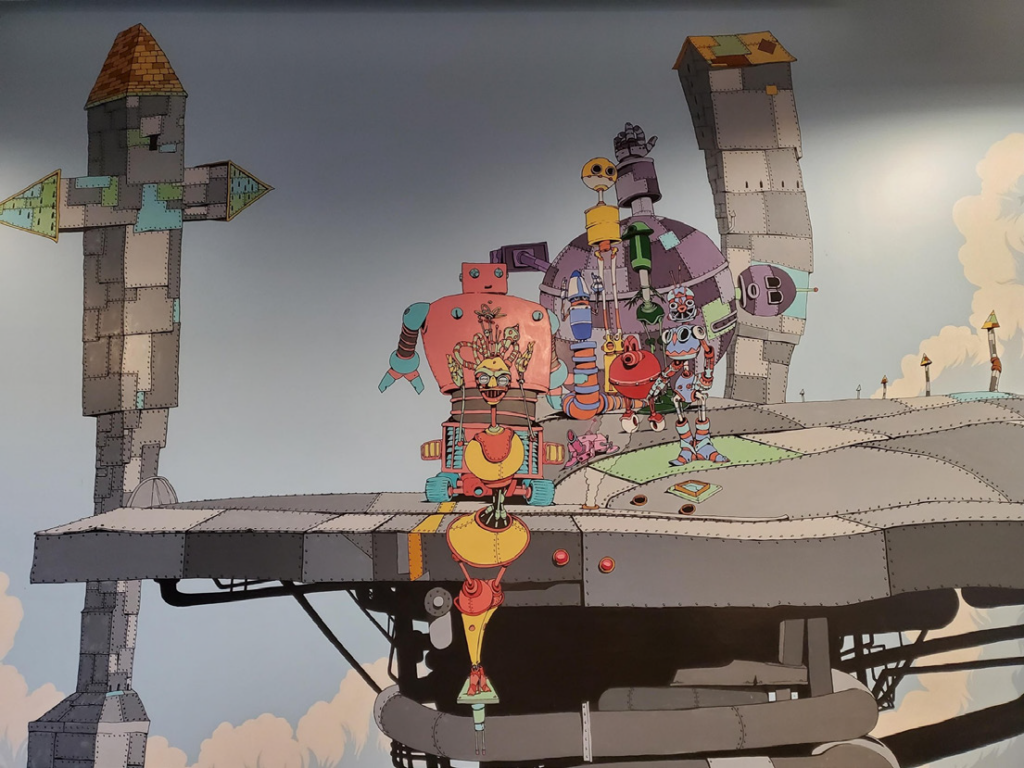 Having just opened in August of this year, owner Bill diMario is thrilled with the support from the community so far. “Business has been great,” he says. “People had been seeing our coming soon sign for a while, driving by and asking when we were going to open. Our opening was a bit tough to predict as much of the state was locked down this year and it wasn’t clear when we could open. We were measuring what date we should open and then just decided to do it. We’ve received really great support from folks in Fitchburg and from folks traveling in to visit us.”

diMario is no stranger to brewing or the science behind it. “I’ve been brewing a long time at home,” he says. “The science and engineering part of brewing naturally drew me to the process, but I also enjoy the creative side of it too. It’s something for both sides of my brain.”

After years of being in high tech, diMario decided to take his passion for brewing at home and make it his primary focus. “One of the problems of brewing at home is you have to give away a lot of beer,” he says. “I’ve visited many taprooms and I always thought it seemed fun and I like interacting with people. I worked in high tech and kept doing what for a while, then decided I was tired of that and wanted to open a taproom. I had amazing support from my wife. It’s a significant commitment. In September of 2018, I decided to do it. I looked for a location, put together a business plan, started acquiring equipment etc.”

And as the story goes, COVID prolonged the process of finding the right spot, opening and bringing his dream to life. However, after some time, diMario was able to open and it’s been well worth the wait.

As for the name ‘Thirsty Robot Brewing,’ that’s a nod to his high-tech days. “As a high-tech guy, I was always interested in robotics,” he says. “In your career, you realize that sometimes work can be just another cog in the wheel, and sometimes, you start to feel like a thirsty robot at the end of the day. Also, a brew house requires a lot of water – three to five barrels of water make a barrel of beer, so with all that said, the theme is rich with references that work well for us. I mean, robots are going to take over anyway – we want to be the first stop for them when that happens.”

The brewery and taproom are in a building that used to be a car dealership. “We are in the back of the building and subdivided into three units,” diMario says.
Upon arrival at Thirsty Robot Brewing, you’ll find a pleasant and spacious patio outside with glass windows, Adirondack chairs, 17 ft ceilings inside and more. “It’s an open floor plan with an industrial feel because it’s in an industrial building,” diMario says. “But it is also decorated with murals and robot themed artwork. I’m really proud of it. The brewery is part of the taproom. We’ve got a 10 barrel system in plain view. This represents the view we have about how it’s made – we want to show folks the process and see where the beer they are sampling is coming from and how it’s made.”

diMario has 11 beers on tap right now including a pilsner, Vienna lager, three to four dry hop New England IPAs, dry hop helles, a sour with fruit, ambers, a stout coming and more on the way. “We’ve got a wide variety of beers,” he says. “We talk and listen to customers about what they like.”

The brewery also has a small kitchen serving up pub snacks and there are plans to expand that over time. “We offer pub food – hot dogs, nachos, sausages, pretzels which are our biggest seller with cheese sauce and stone ground mustard,” diMario says. “We plan to offer pizza and more pub food in the future.”

Thirsty Robot Brewing has already held several events and plans to hold more to come. “We had a motorcycle showcase as our first event, a craft fair with 20 craft vendors, and hope to do that again as a pre-holiday shopping opportunity,” he says. “We do raffles, gift cards and merchandise, as well as a comedy night, with several comedians. We plan to do that again in February, and perhaps quarterly.” They also have music on weekends and try to hire local musicians, and engage with local businesses like Crunch Fitness, 978 disc golf, and more. “We want to collaborate with local businesses to help one another,” diMario says.
Thirsty Robot Brewing is open Wednesday – Sunday, with Monday and Tuesday closed for brewing and cleaning.