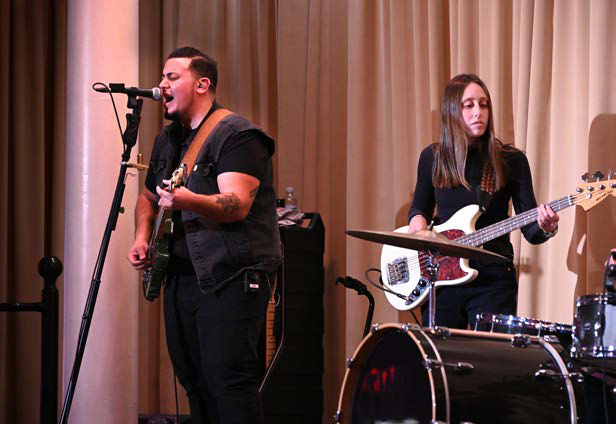 Music lovers now have a new option when it comes to seeing bands perform
live. The newly opened Club 321 at Mechanics Hall has put together
a lineup of artists that covers a mix of different genres in an attempt
to attract a new audience.

“Sometimes people see the Hall as a place for only classical music and
that’s not true,” says Mechanics Hall Executive Director Kathleen Gagne.
“We’re trying to change that concept of what we do here.”
Located on the second floor of the Mechanics Hall building in the Washburn
Hall area, Club 321 is what Gagne describes as a “flexible space”
that “sounds great for music.” There is no fixed seating, although typically
it holds 200-250 seats. The area is normally used for events like
cocktail galas or private receptions and meetings, but now that Club
321 has moved in, Gagne likens it to a “a cross between a jazz club and a
coffee house.”

Club 321 opened in November and a big factor for its creation is the
partnership Mechanics Hall has with its 90.5 WICN. The team up of
Mechanics Hall and WICN goes back to 1983 and the Brown Bag concerts—
free, noon-time jazz concerts, as Gagne describes them—that the
two have been putting together ever since.

“When Mechanics Hall had this concept and we were struggling with
‘how do we attract performers?’ it occurred to me that we have the perfect
partner in WICN,” says Gagne. “They were excited to translate our
concept into marketing it to performers.”

With the help of WICN, Club 321 has so far been able to “pull together
a really nice roster of performers,” starting with singer/songwriter
Nellie McKay. Indie band These Wild Plains followed, and, as of this
writing, Aaron and the Lord is scheduled for December.

There won’t be any shows in January because of the winter weather, says
Gagne, but performances will resume in February and as of now there
is going to be at least one show each month through June.

Club 321 may also provide another outlet for local performers to get
up on stage and have their music heard, although artists from outside
Worcester are being sought out as well.

“Regional professionals,” Gagne says when asked the locale of the performers
they are booking. “So that certainly might include local folks
and we are looking to enhance exposure for local artists who are fantastic.
We want to build an audience among contemporary generations so
we’re excited.”

Tickets for shows at Club 321 are available at a discounted price at Mechanics Hall.
org and are also available at the door.