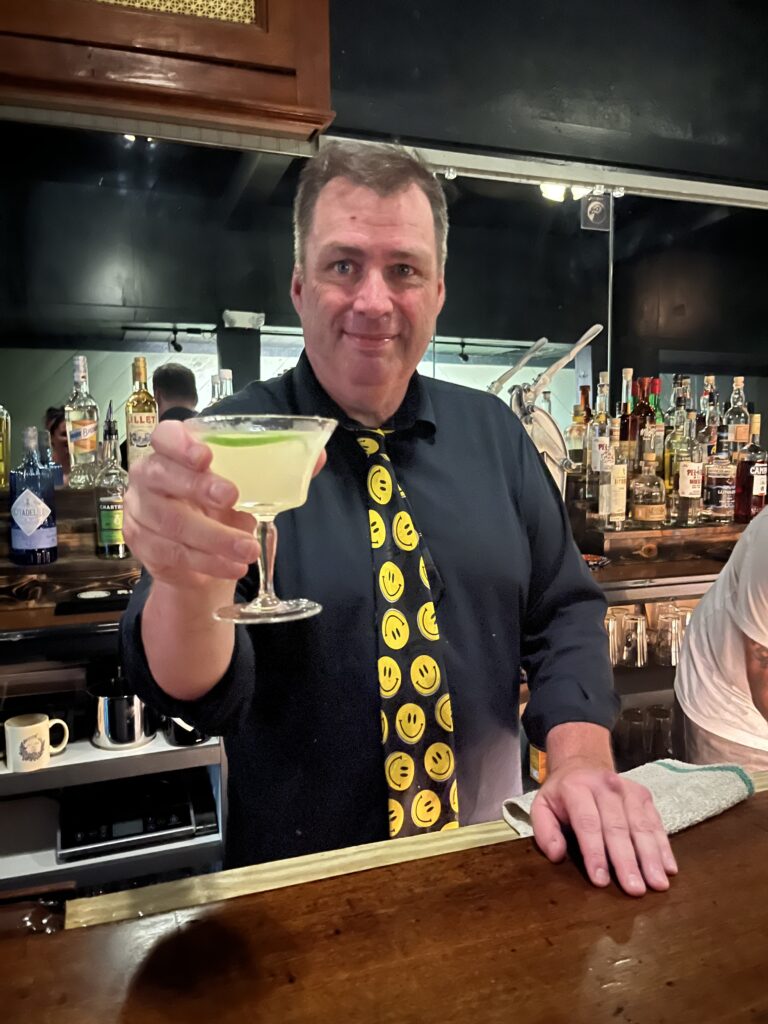 The Sundown recently opened at 34 Green Street in Worcester, and has already become the go to chill zone for drinks in the city. I attribute the instant success to owner Sean Woods, the fact that we all missed the Dive Bar, and to your bartender’s favorite bartender, Sean Courtney. There are a million kind things I could say about Sean Courtney, but I would hate to feed that guy’s ego so let’s just get to the drinks.

“A classic daiquiri is really simple. It’s rum, fresh squeezed lime juice and simple syrup. Shake it, strain it up, that’s it,” Courtney explains. “It’s a classic drink, it’s like an old fashioned drink, perfect for summer. It’s making a comeback. Remember when cosmos made a comeback, from that terrible show Sex in the City? Actually Sex in the City was an okay show.”

Courtney hands me a refreshing, light daiquiri with a lime wheel as Woods tells me, “Sugar cane, lime and rum. Good rum, like Plantation rum.”

“It’s an easy summer drink to make. You don’t have to tweak it, you don’t need a spring of Rosemary,” Courtney adds. This is the perfect summer drink, and although it’s easy enough to make at home, I suggest grabbing one (or many) at the Sundown and enjoying an always interesting conversation with the wonderful Sean Courtney.