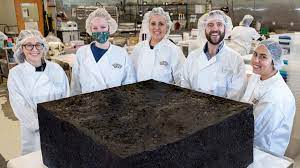 As we enter 2022, here are some things I’m hopeful about, regarding our favorite weed. By many accounts, it appears that Democrats are looking to move on some initiatives aimed at decriminalizing marijuana this spring. Specifically to establish modern banking services for the nearly $18 billion industry and purge the criminal records of thousands of marijuana offenders. Many of my colleagues would like to see cannabis removed from the Controlled Substance list and have the records purged for people convicted of marijuana-related crimes. Also the SAFE Banking Act would look to provide the cannabis industry access to the types of banking practices that most other companies receive, including loans and checking accounts. This could also simplify the purchasing process, and do away with the weird rounding and foreign atm fees that happen when you forget cash. That said, I don’t think we’ll see national legalization for a few more years, however, if the Senate were to instate some of these policy changes, we’d definitely be one step closer. These along with a collection of other bills would help lay the groundwork needed for national legalization and would continue the progress we’ve made.

In more good news, according to a recently federally funded survey, high schoolers used significantly less cannabis in 2021. I’ll repeat that, despite the growing access to legal cannabis, and a pandemic that caused for a lot of alone time, 32,260 self reporting 8th through 12th graders across 319 schools reported lower use of cannabis than the previous year. By the numbers, the numbers are down 5-10% from the previous year. These numbers shine in the face of those that swore the increased availability of cannabis would cause an uptick in youth use. This could be evidence the established regulated cannabis models might actually lead to lower marijuana use among adolescents. Or this could speak to a lower amount of purchasable street level bud. Either way it’s the types of numbers we need to see to put a nail in the prohibitionists narrative.

Way More Than Half Baked

Ok, we’re wrapping up this month with a fun story. It was the brownie heard round the internet. On December 8th, 2021 Norwood-based company, MariMed Inc. celebrated National Brownie day by baking an 850 pound pot brownie. This extra chunky

confection was 36” long by 36” wide and 15” thick and packed a walloping 20,000 mg of THC. MariMed Inc. baked this bulky brownie in celebration of Bubby’s Baked, their new line of cannabis-infused edibles. A spokesperson said the brownie was going to be split up and sold at dispensaries, though I’m hoping all the employees got to take home a nice big chunk. Also, I have heard no reports on how it tastes, though my guess is “weedy”. I’m all about these weird publicity stunts to grab my easily distracted attention. I want to see a joint as long as Park Ave, or the world’s biggest weed gummy bear. The sky’s the limit, both literally and metaphorically.

Thanks for reading and happy trails!