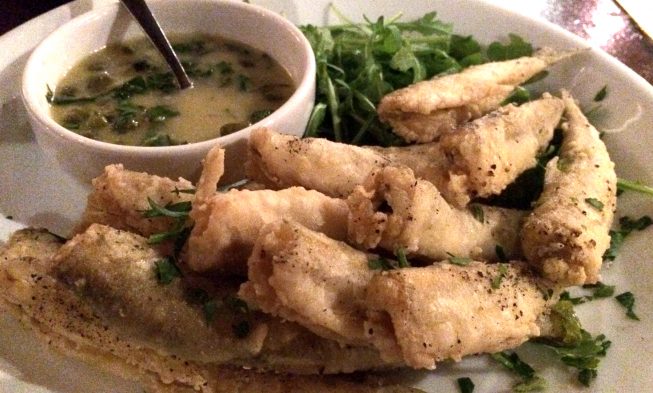 Hanging on the corner. The Corner Lunch Diner on the corner of Lamartine and Lafayette Streets in Worcester will have a new owner, after it was sold for $250,000 to Joshua Plahm, the former owner of Boston-based Joshua’s Deli.

A new oyster bar was set to open by the end of September. It will be managed by Jason Midwood, the owner of Pasta Mani.

They ended their season before the WooSox. Auburn’s Ronnie’s Seafood shut down early this year due to staffing issues brought on by the pandemic. They closed in September ahead of their usual Columbus Day weekend closing.

It’s a grand sale. Worcester’s Guertin’s Café on Grand Street is for sale. The neighborhood bar is off of Southbridge Street and is iconic in the city.

King of the Castle. It looks like the Castle on Route 9 in Leicester has been sold. Owned by the Nicas family for two generations, the Castle was the epitome of fine European style dining. No word on the new owner of what is going to happen with the business. We hear that it will become a Spanish Restaurant.

It’s not quite food. Craft beer lovers in Central Massachusetts searching for one of the best American sour ales in America, just need to go to Millbrook Street.

Speaking of beer. Wachusett Brewing Company, located in Worcester’s Public market has a new kitchen turning out food to accompany that beer.

Closing on Mondays? I never understood why Coney Island was closed only Tuesdays. Now it appears that they will also be closed on Mondays for the foreseeable future. Everyone needs a couple of days off.

Where in the World is Pepe. Pepe’s Italian Restaurant on Franklin Street in Worcester is set to move into their new digs on Worcester’s Restaurant Row-Shrewsbury Street by the middle of the month. The building at 179 Shrewsbury St. has undergone a complete renovation. The brick pizza oven was installed at the end of September.