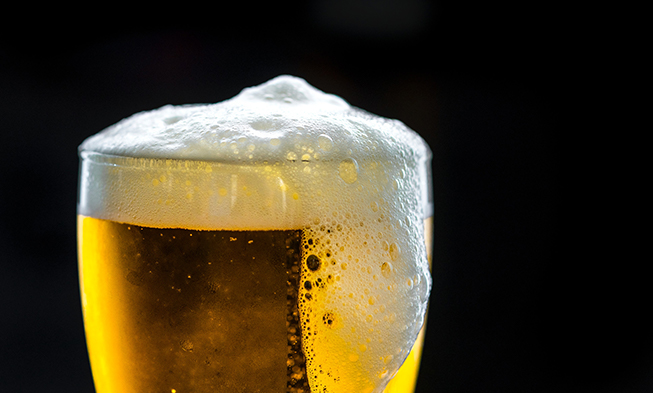 When I think of a monastery I envision snow-covered hills echoing with Gregorian chants and old stone churches filled with cloaked monks praying silently beneath stained glass. It’s a very European image, one that might not translate easily into the new world. You’d be surprised to find then, as I was, that there is a full-fledged abbey of Trappist monks living in neighboring Spencer who happen to be really good at brewing beer.

Trappists follow the Rule of St. Benedict, a monastic creed which stresses “pray and work”; ora et labora in Latin. Since the 6th century, monks who live by this code focus on self-sufficiency and charitable giving. They are able to support themselves and their communities by engaging in craft enterprises. St. Joseph’s Abbey in Spencer has been a working Trappist community since 1950, selling preserves and jams to start and moving to beer when the time came to chart the abbey’s economic path to the future. Thus, Spencer Brewery was formed becoming America’s first, and currently only, Trappist brewing company.

Some of the earliest recipes for beer came out of monasteries in the mountains of Germany and Austria, so the choice of our Spencer based Trappists to brew beer is more than appropriate; it’s historically correct. I may have talked about some of their offerings in a previous column, but they are worth mentioning again. The Trappist Ale is a very agreeable beer that pairs well with practically anything, and has a nice autumn amber color to it. They also brew Pilsner, a Vienna lager, a monthly small-batch IPA, imperial stouts and a specialty fruit label.

Their newest creation is the seasonal Monkster Mash, a pumpkin Ale. Apart from the clever play on words, this beer is close to being the perfect beer for fall. It is bested only by Sam Adams Octoberfest, which sits on the holy top shelf of my refrigerator door. Monkster Mash is breaking into the current autumn trend of all things pumpkin: pumpkin spice lattes, pumpkin pie (the OG as it were), pumpkin candy, costumes, etc. The market king in this segment is Shipyard Pumpkinhead. If you’ve ever been to the Big E you’ll know this statement is true. Apart from Bud Light, Pumpkinhead is the event’s best selling beer, no doubt due to the fact that it is traditionally served with a sugared rim.

Since it practically created the market for pumpkin beers, Shipyard is held as the industry standard. And it is a well earned title. Pumpkinhead is a good beer, but Monkster Mash is better. It could be because there is less industrialism behind it, or the fact that each exceedingly smooth sip was crafted by monks whose brewing traditions stretch back centuries, but the subtlety of the pumpkin and the slight tickle of spices transcend this beer beyond its seasonality. This is an ale that could very easily be shared at upcoming holiday gatherings or you could stock up on it and keep it cold ‘til summer and have it during a barbeque. It’s that versatile.

Don’t take my word for it though, patronize your local package store and see if they carry the Spencer Trappist Brewery brew. You could likely just ask for “that monk beer” and they’ll know what you’re talking about. Or you could always go visit the Brothers at St. Joseph’s Abbey and see for yourself what a modern American monastic life looks like. I’m sure they’d be more than happy to see you.