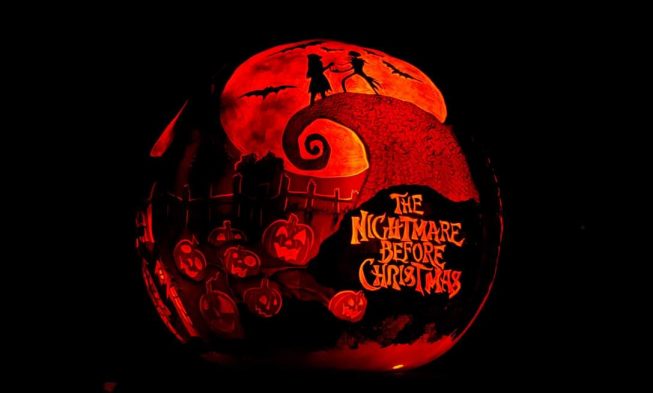 You may have heard about or seen the Roger Williams Park Zoo Jack O’ Lantern Spectacular. Every year for the entire month of October, there is an illuminated jack o’ lantern show throughout the zoo that displays complicated and intricate jack o’ lantern designs by various artists. What many visitors of the show don’t know about is all of the hard work that goes on behind the scenes of the show, and the months of planning, preparation and hard work that it takes to put together one of New England’s most spectacular events during the Halloween season.

Passion for Pumpkins is the company that Roger Williams partners with every year for the jack o’ lantern spectacular. The company is based out of Oxford, Massachusetts and was founded by John Reckner over 25 years ago. Originally begininng as an idea for a local school fundraiser, the company expanded to sponsoring many other pumpkin events during the fall in the local New England area. Additionally, the event has become so big that it has expanded to outside of New England and to the South, in Kentucky and Missouri. There are over 20 artists from all over the country that work for the company and make it as successful as it is today.

Simone Germain is one of the artists that works for Passion for Pumpkins and helps out with the jack o’ lantern show every year. She is a full time artist, mostly doing commission work and murals, when she stumbled across an advertisement on Craig’s List about 10 years ago for an opening for a pumpkin artist for Passion for Pumpkins.

“I have always loved working with pumpkins,” Germain said. “Combining that with a passion for art has made working for Passion for Pumpkins a dream come true.”

Germain talked about how the preparation for the jack o’ lantern spectacular begins as early as July. She explained that the artistic process of how the pumpkins are prepared involves alcohol ink and grey scale layers that are used to peel away the layers of the pumpkin. Depending on the design and the size of the pumpkin, it can take weeks or months to finish.

“It’s something everyone can see and enjoy. It’s an event for the entire family,” Germain explains when talking about the appeal of the event. “It also changes on a weekly basis, so we’ll have people that come to the show more than once.”

One of the biggest achievements in the jack o’ lantern festival is carving out the bigger pumpkins. “The biggest pumpkins that we have that farmers will grow will be up to 1,000 pounds,” Germain says. However, Germain’s favorite achievement by far is marriage proposals. “One of the greatest parts is the marriage proposals,” Germain says. We have at least a few of those every year, and we’ll cut and carve out pumpkins custom to the engagement, they’re always so beautiful.”

Germain explained that in the end, the people that she works with are what makes Passion for Pumpkins so enjoyable. “We are one big family,” She says. “Over the years, John and his family have become like my own family. I can’t thank them enough. We have such a fun and upbeat office. It’s unlike any work environment I’ve ever been in.”

The show and Passion for Pumpkins itself has become so well known and famous that PBS is producing a documentary that will premiere this Fall. The first show this year will take place on October 3rd. For more information on Passion for Pumpkins and the Roger Williams Zoo Jack O’ Lantern spectacular, you can visit their respective websites. It is sure to be an event that will spice up your Halloween!

Behind the Scenes, Passion for Pumpkins