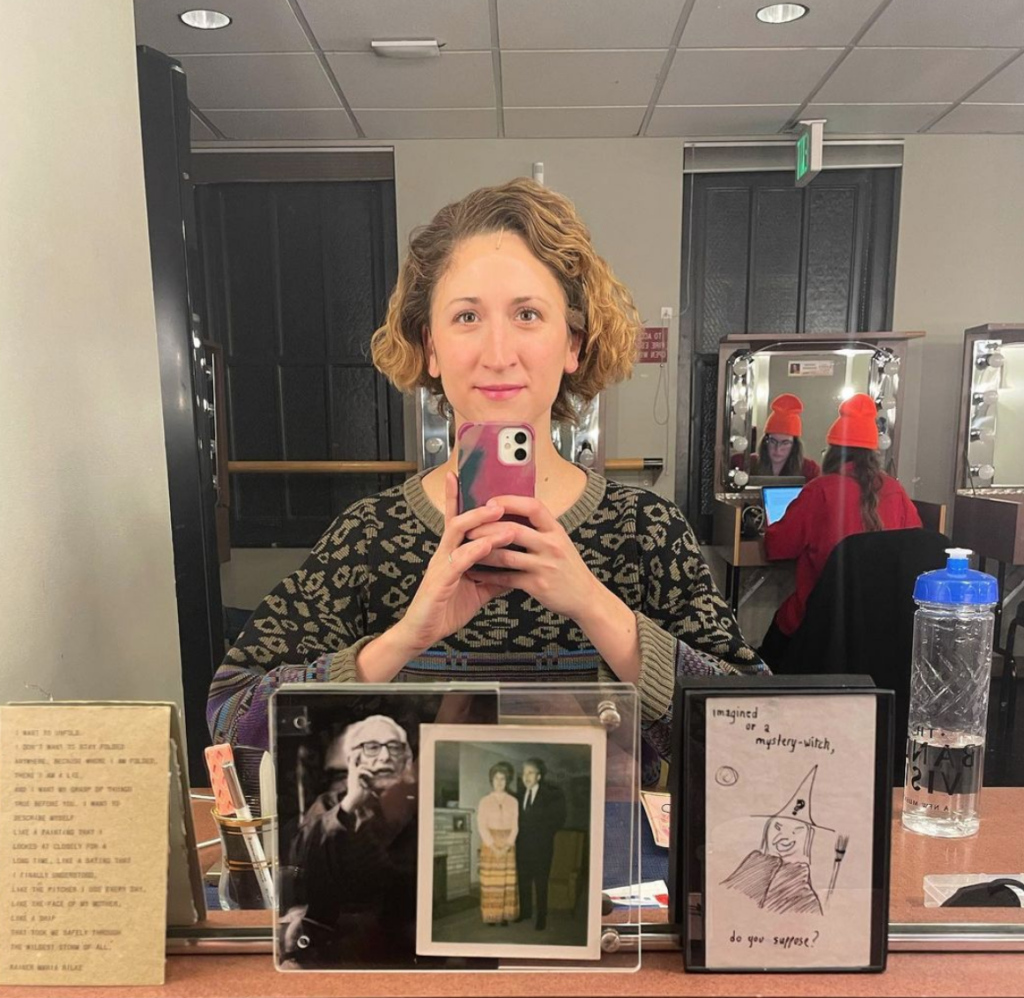 The Band’s Visit is a musical journey that takes place when the Alexandria Ceremonial Police Orchestra accidentally takes the wrong bus and ends up in the small town of Bet Hatikva, Israel.  Cultures blend over the course of an evening, as members of the band become acquainted with locals and their complicated relationships. We spoke to the talented Kendal Hartse, who plays Iris, a woman unhappy in her marriage but feels as though she has no way out.

Originally from Spokane, Washington, Hartse studied musical theater at the Boston Conservatory for four years. “My training was in Boston and I really enjoyed my time in that part of the country,” she said. “This musical specifically typifies everything I seek in theater and I think that’s why it feels like such a rewarding experience.”

Throughout The Band’s Visit, diverse characters are able to connect and express themselves over their common love for music. “The only time that they’re really communicating without effort is when the music is involved, and it’s a chance for everybody to relax and use a different part of themselves,” Hartse says, adding, “I think that music is the great unifier. We have three languages on the page in the play, but really we have four languages in the play – the fourth one being music. We have Arabic, we have Hebrew, we have English. The commonality these characters find is music. “

Hartse was eager to discuss the various ways she prepared for such a culturally rich role.

“We had an incredible dialect coach,” she tells me. She is especially grateful to be surrounded by a wonderful group of colleagues. “Learning and listening as much as you can is something I like to do.” The cast of The Band’s Visit is equally as eclectique as the characters they portray. “Being in the room with native Hebrew speakers native Arabic speakers, we have several actors from Israel,” Hartse says. “Learning about the world through somebody else’s eyes is sort of why I want to be an actor.”

Aside from the vibrant cultures, The Band’s Visit is a story about love, friendship and the desire to change. “The thing that’s so beautiful about the Band’s Visit, is that you get relationships from every stage of life,” Hartse explains. “Everywhere you look in this play there are people connecting on a very specific level and they are teaching you about the human condition and what it’s like to be alive and what it’s like to seek love.”

The Band’s Visit is at the Hanover Theatre from June 16th through 19th. Tickets are available at thehanovertheatre.org/event/the-bands-visit/2022-06-16