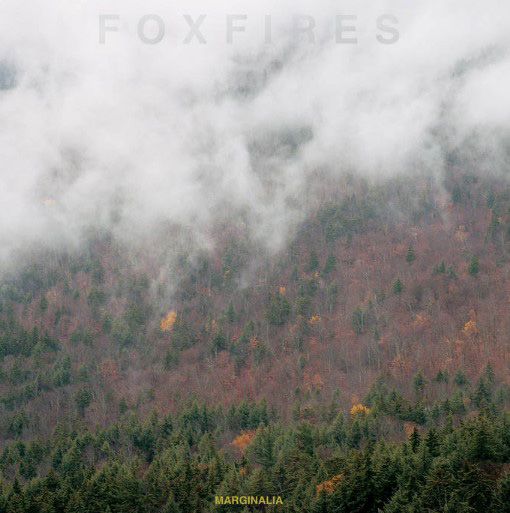 Get a quick dose of punk, metal, and melody in Marginalia,
the newest release from Worcester’s own Foxfires.
Clocking in at just over ten minutes, the entire album is
over before you know it but it totally rips.

Marginalia starts off red hot with the 45-second “Don’t
Snap That” and doesn’t let up until the last two songs
where the band stretches its talents and tries venturing
outside its comfort zone. The hardcore fury of Foxfires
mixes well the band’s punk tendencies on “Cold Moon”
and “Alpine Tree Line,” with Josh Lyford yelling in the
latter: “What’s the darkest place that you’ve been?!”
While Lyford’s vocals may often be hard to decipher, his
delivery helps set the tone and aggression of the music.
The 53-second “Long Trail” rides the edge at a breakneck
speed and kicks hard.

“Things That Were Lacking” and Archers of Loaf cover,
“Web in Front”, are the longest, with both clocking
in around two minutes. “Things That Were Lacking”
strips away the aggression and taps into a melancholiness,
showing the band’s ability to change gears. They
develop a memorable breakdown and chorus that stands
apart from the rest of the song, showing a different side
of Foxfires on this number until it abruptly ends, making
you wish there was more to it. “Web In Front” is a poppy
cover with a catchy chord progression that sticks out in
stark contrast to the rest of the tracks. However on most
of the songs, Foxfires uses the in-your-face approach to
convey the chip they carry on their collective shoulder.
If you’re looking for something to get you going with a
coda of yearning and nostalgia, Foxfires’ Marginalia will
make your ears happy.

There’s a point during Pattern of Decay’s self-titled album,
somewhere in the middle of the song “Seven Seconds”,
when you realize that you may very well be spiraling
through a portal to Hell and you don’t care because
it feels good. That’s pretty much what to expect from this
New York-based metal band’s second full-length album.
It’s an unrelenting war on your ears full of gut punching
kick drums, highwire guitar lines, and possibly the most
gnarly growl you’ll ever hear. POD manages to compartmentalize
each instrument and vocal to get the most out
of them without one stepping over the other.
Take the song “Insomnious”. It’s pure chaos, like Purgeon-
Christmas-morning type lunacy, but the band is able
to keep it all locked in and extremely tight. There are
good breakdowns here and elsewhere on this record and
changes mid-song that give the impression that some
real thought went into them.

“House of Doors” is another standout that has a real horror
movie feel to it. The song starts with a voice saying
“We hate it when you come here” and Christian Contello’s
growls are layered with what can only be described as
a witch’s voice, giving it a menacing quality that reminds
one of The Evil Dead.

There is a point near the end of the record where it starts
to fall off, and you may think they should have cut the
song list down. There are twelve songs on this release,
and ten of them are either four minutes long or longer,
so if you feel like you’ve had enough by song eight or
nine, you’re not alone. With that being said, POD have
put together a strong and thrashing record that any metal
fan will want to hear.