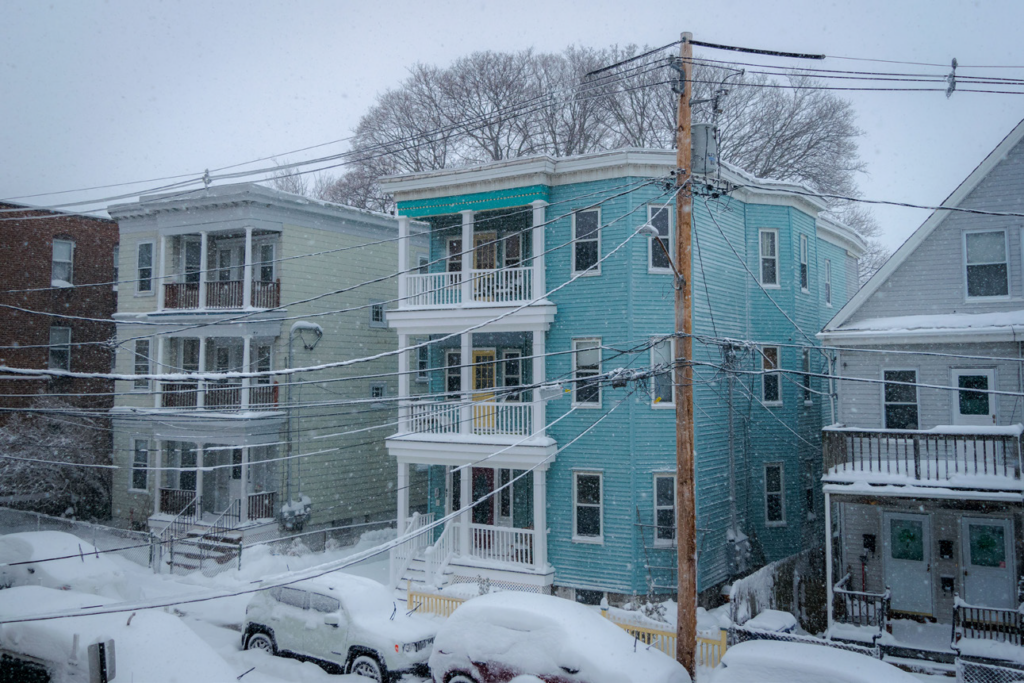 One of Worcester’s claims to fame is that our city was one of the first places in the United States to have a triple decker. They were originally built in the mid 19th century as a place for factory workers to live, usually within walking distance from their place of work. These buildings were often made very cheaply, typically out of wood frame construction, with little to no ornamentation and were often looked at as utilitarian housing.

These buildings were extremely practical to construct. Typically all three units have the same layout as the one below them. They would most often have the bedrooms grouped near the rear of the building, while having the kitchen living and dining space up close to the front of the building near the street, sometimes having a large bay window off the front to provide natural light into the unit.

While working at multiple architectural firms, I have had the opportunity to work on renovations, historic restorations and complete rehabilitations of triple deckers throughout New England. Some of these buildings’ front facades are highly ornamented with surviving features referring to the Greek Revival, Colonial Revival and Victorian styles in the city. Many of these homes have beautiful porch and soffit detailing and corbels, hardwood interior casework, interior door rosette and trim details, beautifully crafted stairwell handrails along with quality hardwood flooring.

Unfortunately many of the buildings from the 19th and 20th century contained some toxic and difficult to work with building materials. The siding, flooring and window glazing often contained asbestos and much of the paint used was lead based. Removal of horsehair plaster walls and ceiling covering is typically a messy job. A complete rehabilitation of these buildings can make for a safer and healthier living environment but can be quite costly.

In recent years, these buildings have been sought after by developers and investors as a way to produce passive income from rental property. Many of these buildings have been converted to market rate or luxurious rental properties forcing out lower income families which once served as affordable housing options. These buildings are much denser than what current day zoning laws typically allow if built new, therefore renovating the existing building is the most effective way for a developer who wants to maximize their unit count.

I think the triple decker will always serve as a model for a practical utilitarian building for city residence with a New England charm. No matter what city you go to, the triple decker dominates the housing stock and serves as a dense community that is walkable, practical and decently affordable.