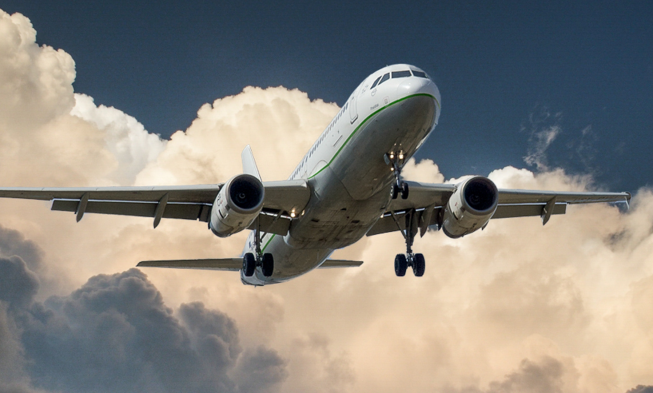 In the past, the city of Worcester conjured an image of an old mill town in decline but today the city is experiencing a Renaissance. What was once a flyover city in the heart of Massachusetts is now becoming a tourist destination and business hot spot thanks to improvements such as Polar Park, the Worcester Public Marketplace and the Kelley Square redesign. In this issue of Pulse Magazine, we will explore the modes of transportation that help make Worcester accessible to all!

It is projected that Worcester’s population will grow by tens of thousands in the next decade. Many of these new residents will be young, working professionals who will be looking for new ways to commute. Fortunately, Worcester has several transportation options to suit the needs of its citizens, notably the Worcester Airport, the WRTA bus system, and the Amtrak commuter rail out of Union Station.

New residents are attracted to Worcester because of the more affordable cost of housing, especially compared to cities like Boston and Providence. Many professionals who reside in Worcester still have careers in cities like Boston. Luckily for them, commuting to work is as easy as purchasing an Amtrak ticket at Union Station and riding the Framingham/Worcester line into South Station in downtown Boston. The distance between Worcester and Boston is approximately 38 miles, and it takes roughly 1 hour and 15 mins to travel between the two cities.

If they were to go the opposite direction on the Amtrak line, Worcester residents can travel into Springfield in only 1 hour and 15 minutes. From Springfield, it is possible for Worcester residents to ride the line 120 miles into New York City for an additional 3 hours and from there they can access trains to bring them anywhere else in the United States! This is something that many new movers may not realize: with the help of the MBTA and Amtrak, the entire United States is connected to Worcester via Union Station. Worcester residents can get wherever they need to with the Amtrak lines that run throughout the city.

Worcester residents can take advantage of the various rates that the MBTA offers for their train fares: $2.40 – $13.25 for one-way trips based on distance traveled, $10.00 weekend passes, and monthly passes for as low as $90 per month.

Worcester residents who commute into work might be interested in the MBTA Perq Pass. This monthly program allows commuters to get their pass directly through their employer, at tax-advantaged rates. Amtrak trips can get pricey, so if you’re planning on riding the train often you’d be wisest to invest in the MBTA monthly pass, which gives you unlimited travel for the month. The pass isn’t limited to the commuter rail either, the unlimited travel extends towards the subway, buses, and ferries, as well!

Worcester residents can take advantage of the Worcester Regional Transit Authority (WRTA) buses, whose routes run all throughout the city- from Blackstone Valley, to Tatnuck Square, to Lincoln Plaza, Worcester State University, and more. Fares for the WRTA are $1.25 per ride but are reduced for elderly or disabled riders at $0.85. However, the WRTA also offers monthly passes for $57 per month, or $28.50 reduced.

One notable idea being pushed forward is making the WRTA bus service fare-free. That means residents would no longer have to dish out $1.25 per bus ride. The Worcester City Council was largely supportive of the idea when City Councilor Gary Rosen suggested it during a City Council meeting. During the meeting, the council heard from transportation advocates who have long said that public transportation needs to be more accessible in Worcester.

Worcester is a changing city and some new and unique forms of intra-city transport are emerging with the city’s growth. Two local startups in particular have been making headlines: WooRides, a neon-colored pedicab (cycle rickshaw) service, and Ride the Woo, an app-based trolley service.

WooRides is a local, worker-owned pedicab service that fields a fleet of neon-colored rickshaws throughout the city. The company was founded in the midst of the Worcester downtown renewal and specifically caters to the ever-developing nightlife in the city. WooRides was also founded with environmental concerns in mind, as their pedicabs have an extremely low carbon footprint. The company states: “We are concerned for our ecology, of which humans are a part, and believe that greening our transportation is key to creating a resilient community.” A WooRide costs at least $5 and may increase with distance. You can find them riding around downtown Worcester or can give them a call at 508-WOO-8439.

Ride the Woo is an upcoming app-based trolley service set to begin service in 2021 following the opening of Polar Park. The company just purchased its first trolley this January. Like WooRides, Ride the Woo was founded in the midst of Worcester’s on-going downtown Renaissance and will soon connect Worcester residents to the new restaurants, shops, and entertainment venues around the city.

Andy Davis is the Airport Director for the Worcester Regional Airport. He worked with American Airlines for 26 years before being appointed to the director position in 2009.

Q: Now with the new flights into Worcester from Detroit have you seen an increasing trend in economic benefits for the Worcester community?

A: “Worcester Regional Airport (ORH) is an economic engine for Central Massachusetts and is poised to serve a critical role for the transportation needs of the New England region. Massport has made improving ORH a priority. Since 2010, Massport has invested heavily in upgrades and capital improvements at Worcester Regional Airport. The investments that Massport has made since 2010 are paying off. The economic impact of the airport has doubled from $50 million to $100 million in recent years. Passengers that use Worcester Regional have five daily flights to choose from on three major airlines. Three of those destinations are airline hubs, therefore our passengers can easily connect and get anywhere in the world. This is the best airport for those looking for a great experience and still be close to home, and not fighting Boston traffic.”

Q: Are there other major airlines looking to set up shop in Worcester?

A: “With five daily flights by three major airlines, we think ORH is headed in the right direction, and the elected officials and community leaders have worked with us to get us to where we are today. Passengers using Worcester Regional are just one stop away from more than 120 destinations and essentially anywhere in the world. Plus, investments being made at the airport, including the recently installed Category III system that allows for landings in low visibility weather conditions, continue to make ORH more attractive to airlines.”

Q: What other destinations are planned in the future for the airport?

A: “Our staff is constantly talking with airlines about serving Worcester Regional, and we hope to have more announcements about new service in the near future.”

From trains and planes to pedicabs and trolleys, the city of Worcester is innovating transportation to keep up with its growing population and expanding economy. In the past, the city was just a location that existed between Boston and Springfield. However, today it has established itself as an up and coming city that welcomes diversity, success, and enrichment. Rather than just another city to fly over, Worcester is now the destination stop!