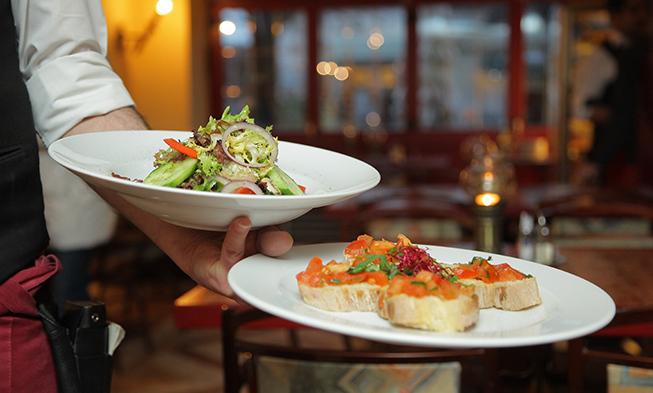 I will gladly pay you Tuesday. Worcester will be getting a new burger franchise. IM Burger, a California-based company will be opening their first location in Massachusetts, on Worcester’s Gold Star Boulevard. The restaurant will have a beer and wine license. It will be on the corner of Millbrook and Gold Star Boulevard opposite Harr Ford.

Little Rascals. Rascals is the name of the new Country Bar opening on James Street in Worcester. The bar will replace the Dance Ranch.

110 is adding up. A new 110 Grille opened recently in Millbury in the Shoppes at Blackstone Valley. This small local chain is certainly expanding.

So long farewell, goodbye. Padavano’s on Worcester’s Shrewsbury Street was recently sold. It will be replaced by The Woo Bar & Grill which is owned by Jon Pittsley and Eddy Rocco. Pittsley worked at the Dolphin Seafood Restaurant in Natick. According to the new owners it will be a family-friendly, neighborhood kind of place.

It took a lot of wok. Min’s Wok has reopened after 18 months of reconstruction due to a fire. It is located in the Westview Plaza on Worcester’s West Boylston Street.

Not such a great wall. The Great Wall, a Chinese restaurant, will be reopening on Worcester’s Main Street, a block down from City Hall. The eatery was closed for a while because the back wall of the building was falling in.

The trade war didn’t stop them. Wan Wang recently opened on Worcester’s Park Ave. If you ever went to the old Ho Toy, you would not recognize the space after an expansive reconstruction. The restaurant is owned by the family behind Kenichi on Worcester’s Shrewsbury Street and Sake Bomb further down Park Ave.

Taking a dive. The Dive Bar, an iconic Worcester watering hole, which was a pioneer in craft beer bars is closing its doors. Owners Alec Lopez & Sheri Sadowsky have opted to pull the plug after the owner would not give them a new long-term lease. The building owner plans to open a restaurant in the spot.

Ditto for Union. The Union Tavern across Green Street from the Dive Bar is also planning to convert to a restaurant. This trend of establishing new restaurants could be called the WooSox effect, as people start planning for the new baseball field that will be constructed in the city.

In other downtown Worcester news. Figs & Pigs the restaurant at the DCU Center has closed its doors. According to DCU management a new concept will be taking its place very soon.

Stop playing games. The Save Point Tavern, Worcester’s first video gaming bar recently opened on Worcester’s Highland Street, in the space that housed Grille 57 for a number of years. Other video gaming bars are expected to open in the coming months so stay tuned.

Chopped Worcester. Rick Arauja from Lettuce Be Local in Sterling won the competition in Worcester’s version of Chopped, the popular cooking TV show. The contest was to benefit Jerimiah’s Inn.