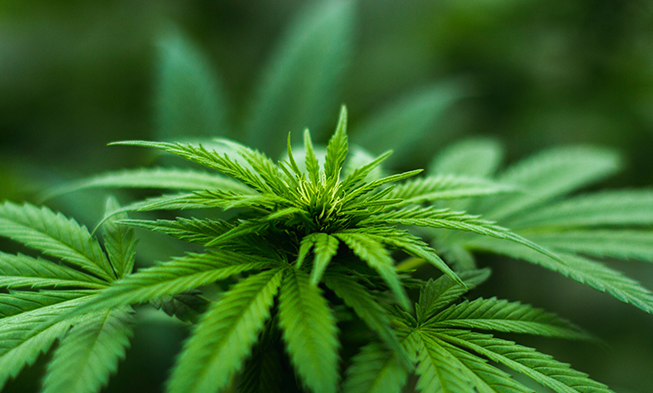 Q: Considering the recent popularity of marijuana dispensaries, can you please tell us what struggles and hurdles you believe affected your business?

A: Thank you for that question. I began cultivating cannabis 20 years ago in San Francisco’s Castro District where my Dad lived after graduating from Holy Cross and leaving Worcester. This was in the late 90’s and my father, and his father’s partner both had HIV/AIDS. It was a very difficult time. People didn’t really know the breadth and impact of that disease. My dad and his partner would have friends over to have dinner at our house and over the course of months you would notice people no longer coming over. It was like, “where’s so-and-so” and you’d realize they were sick or had passed away. I volunteered at a local hospice facility around that time and it was really tough to see. My dad’s partner Elmar was in an assisted living facility at the time, and members of that community were finding therapeutic benefit from cannabis, specifically for helping with appetite and the negative impact of the pharmaceutical ‘cocktails’ they were taking to mitigate the symptoms related to HIV/AIDS. We realized that cannabis was providing a real benefit for these patients, and my father and Elmar and I began cultivating cannabis and started a medical cannabis co-op called the Elmar Lins Compassion Co-Op. Through the co-op we were able to provide cannabis at little or no cost to people suffering from critical illnesses. Elmar passed away in 2008 and my Dad passed away in 2009. I was left running the co-op in a relatively unregulated market in California 10 years ago.

As we say, “Regulation is our friend” because it ultimately leads to transparency in the process and overall safer and higher quality products for patients and consumers. In 2009, I left San Francisco to seek out better regulated markets like those developing in Colorado and, ultimately, Massachusetts. My grandparents lived in Worcester for a long time, as did my father and my aunt and uncle, so Worcester always was a place that I had hoped to provide high quality adult-use and medical cannabis. The Commonwealth and the City of Worcester have been great to work with.

Q: There is still a fair amount of taboo, confusion and misinformation floating around the subject of medicinal and recreational marijuana. Do you feel like Good Chemistry will be able to bring clarification to the common man about this deceptively dense subject?

A: Yes, we are a unique company in the cannabis industry in that our roots are in the medical cannabis cultivation and we know how important and sometimes difficult it can be for patients and adult-use consumers to understand the evolution that’s taken place as cannabis has become more available over the past 10 years. It became clear to our retail staff that there was some confusion and unanswered questions out there. So in 2015, we launched our S.T.A.T.S. initiative to create an educational system for both new cannabis users, as well as experienced cannabis users. The S.T.A.T.S. system officially launched in April of 2016. In each of our locations we provide the free “S.T.A.T.S. Guide to Evaluating High Quality Cannabis.” It’s a free, small, user-friendly passport-sized guide to help patients and consumers assess the growing array of cannabis products. S.T.A.T.S. stands for “Sight,” Touch,” “Aroma,” “Taste,” and “Sensation. In addition to the guides we give out, there is an expanded digital version of S.T.A.T.S. that is available at statsguide.org.

Q: Are we in the best era for recreational and medicinal sales?

A: At each Good Chemistry locations we have the phrase “Making Life Better” printed in big letters on the wall. It’s a reminder to us why we’ve been doing what we’ve been doing for 20 years. When my Dad lived in Worcester I don’t think he could have imagined a world where people seeking the benefits of high quality cannabis could safely and legally stop into a dispensary in the Canal District and find the relief they are looking for. I wish my Dad and Elmar could have been there at the 9 Harrison Street opening. I think they would be proud of what we’ve done in Worcester.