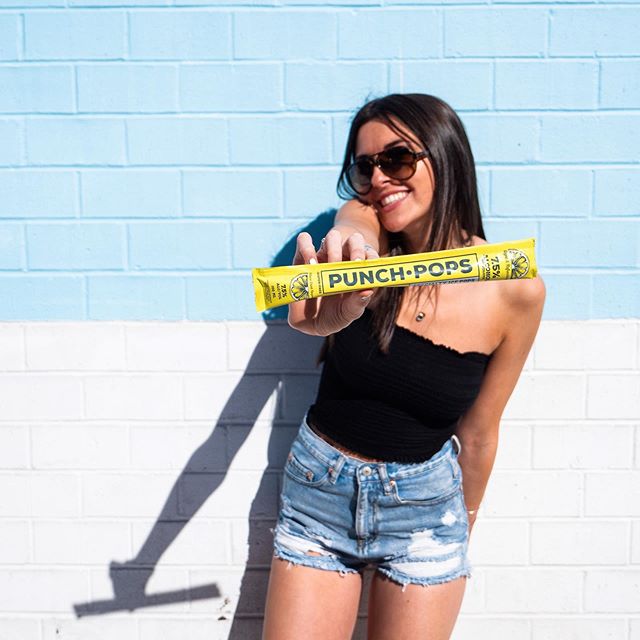 Friends turned business partners, Nassim Aoude and Michael Melkonian went to high school together at St. Peter Marian, stayed friends through college and beyond once they graduated and ventured into the working world. “I started a company and Michael went into the finance industry,” Aoude said.

Then one guys’ weekend changed everything. “We had a guys’ trip to the beach and that’s when we came up with idea in August 2017,” Aoude said. “We ran out of cups and someone needed a place to put alcohol, so we poured it into an empty freeze pop and the idea sparked from there.”
Once the idea was born, Aoude and Melkonian got to work. “We spent the next eight months working on the product, becoming flavor scientists and learning the ins and outs of flavor development,” Aoude said. “We did market research and knew there were other products out there, but we experimented and explored how we could do it better. We were proving out the concept, testing with friends and family, testing over 10,000 pops, types of alcohol, flavors, etc. We wanted to bring more quality and affordability.”

Aoude and Melkonian were very particular about the flavor development during the experimental process. “We are big into candy and both have a sweet tooth, but we wanted them to not be too sweet,” Aoude said. “We are firm believers in quality and that is what will take this a long way. We made sure that was really good. We wanted to make it as perfect as possible.”

From there, Aoude and Melkonian began finding manufacturers, went through the process of licensing and did a soft launch in Florida, partnering with Total Wine stores. “This spring, we are doing a proper, large scale launch in MA, CT and RI,” Aoude said. “In addition, we will launch an e-commerce component, where we can ship directly to the consumer in just under 30 states.”

Punch Pops are 7.5% ABV alcohol, 88 calories, and 0g fat, so slurp up (Responsibly of course!). The alcohol in the pops is a wine made from oranges called Other Than Standard Orange Wine (OTSOW). They are also, vegan, dairy and gluten free, containing no artificial colors or sweeteners, using real cane sugar.

“Once we got a good base down for the recipe, we wanted to hit those major nutritional points,” Aoude added.

Punch Pops are half a standard drink each. “They are easy to drink, which people need to be cautious of,” Aoude said. “We tried to stay on the lower side to maintain responsible drinking, but it’s enough to keep the party going.”

Punch Pops currently come in a lemon ice flavor only, but there are plans to come out with more flavors in the future. “We have many additional flavors in the works. Stay tuned!” Aoude said. Punch Pops come 12 in a box and cost $19.99, and some places sell singles for $1.99, but pricing may vary in different areas.