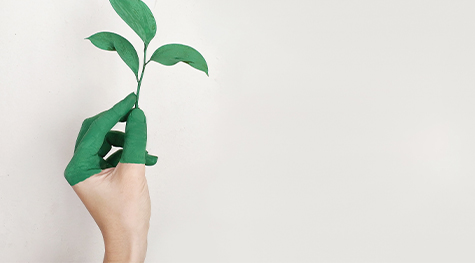 It’s difficult to imagine with all the roadworks, and the fact that the Canal District will soon be a village of heavy machinery and caution cones, that Worcester has undergone several initiatives, some spanning over 30 years, to become a greener city. Though the importance of metropolitan environmental impact cannot be overstated, much of the attention on green energy has been focused on larger cities like Boston, Los Angeles, and New York.

Upon its rising prominence as a leading city in Massachusetts, here are some initiatives that showcase Worcester as an environmentally conscious municipality.

City officials are presently in talks with both LimeBike and Gotcha Bike about bringing dockless bike sharing programs back to Worcester. After Chinese bike sharing company, Ofo, pulled 400 bikes from Worcester amidst a US downsize, the city began looking for a way to bring the popular service back. Statistical data showed there were over 25,000 rides, mostly within downtown and the college neighborhoods, during Ofo’s tenure. Whichever company the city ends up choosing, the numbers have indicated that bicycling around the city is a competitive alternative to driving or bus travel.

If you’ve walked on any of the city’s green paths or been somewhere that’s made you go: “Wow, I’m in Worcester?”, you owe that feeling to the Greater Worcester Land Trust (GWLT). For over 30 years, the GWLT has been dedicated to conserving Worcester’s open spaces under the auspices of utilizing the natural world as a way of enhancing city life. They recently received a grant from the Massachusetts Executive Office of Energy and Environmental Affairs for $85,000, which the GWLT has matched, to purchase the Difley Forest Homestead in Paxton. Acquiring this 72-acre parcel is part of the Four Town Worcester Greenway project, which connects hiking trails in Worcester, Holden, Paxton, and Leicester. This conservation procurement, courtesy of the state grant, will provide what the GWLT calls the “missing piece” of Paxton’s East-West corridor, thereby connecting the town center with its recreational areas. Spencer is slated to be next on the GWLT’s list of trail incorporation.

More focused on community efforts is the Worcester Roots Project, an adult and youth collective which seeks to create opportunities for environmental, social, and economic justice. Every fall, they host an annual Co-Op Academy intensive which lasts 14 weeks. The goal is to teach comprehensive lessons on ethical entrepreneurship, hence providing trainees with the tools necessary to create sustainable businesses. Other projects include the Healing Gardens Institute – promoting the growth of medicinal herbs; the Nuestro Huerto Farm – a community farm on Southgate Street, also providing a CSA to residents and produce donations to Jeremiah’s Inn; and a Youth Program designed to around business, social justice, and community organization.

Finally, at the city government level, is the Municipal Energy Savings Project, part of the US Department of Energy’s Better Buildings Solutions. Worcester Energy (WE), a municipal organization dedicated to improving efficiency and promoting renewable energy through municipal operations, details the plan on their website. Phase 1 was a modernization effort for some of Worcester’s historic buildings. The city contracted Honeywell for the project and the company has subsequently provided the city with municipal energy measurements and several system upgrades with no upfront cost to taxpayers. This has included the LED conversion of over 14,000 streetlights and a complete overhaul of City Hall’s HVAC system. There are also 41 Leadership in Energy and Environmental Design (LEED) buildings in the city such as UMass Memorial Medical Center, WPI’s recreation center, and the Kohl’s on the city limits.

Phase 4 of the Energy Savings Project showcased solar initiatives as a major priority. Data drawn as recently as 2015, exhibited the number of private, educational, and commercial solar projects for individual, school, or company use to be at 390. The city also recently completed construction of the 25-acre, 28,600 panel Greenwood Street Solar Farm, a former landfill. This is projected to save the Worcester $69 million in energy costs over a 30-year period. The city is now home to the largest municipal solar farm in all of New England.

Questions are now being floated as to whether the city’s newest construction (a certain ballpark) will be a LEED certified site and if any further construction for the proposed hotels, shops, and common areas will improve the city’s reputation for energy efficiency and environmental friendliness.

Worcester finds itself in a unique position. It is poised to become, once again, a great and thriving New England city. With that newfound spirit, there will be an added push to make sure the city is doing its part to preserve the lands it has at its disposal for the residents of tomorrow, while continuing to provide energy efficient solutions for the residents of today.