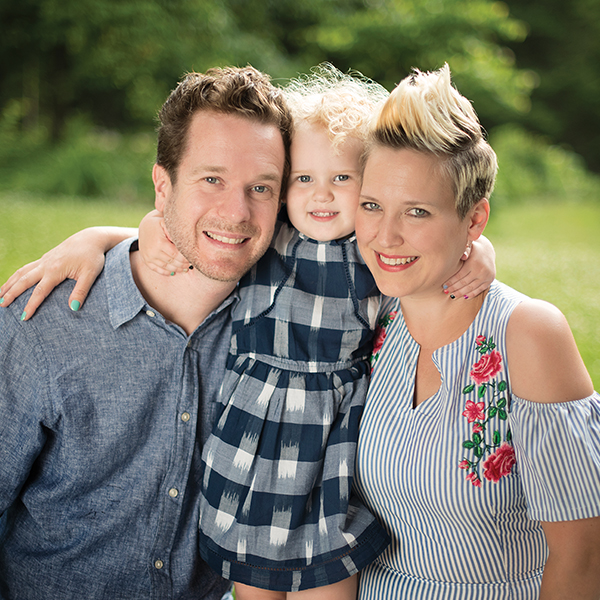 It can often be difficult as an artist to break through the marketing wall and get in the spotlight. Everyone’s trying to get ahead. Social media, with all its quirks and nuances, only makes the task even trickier.

But there is one couple whose work is making the life of local artists easier, and that’s because they’re artists themselves.

Meet Emily Ashman and Mike Kelly, collectively known as Tri Town Productions. Based in Lunenburg, Tri Town Productions is quickly becoming a reliable source for creating professional and memorable videos and photographs. Artists and companies from Worcester and throughout New England are enlisting the couple to produce their music videos and promotional vignettes because of the top-quality presentation.

“Mike’s a musician and has always worked with audio, and I have always worked with visual, photography mostly,” said Ashman. “So Tri Town Productions is kind of a combination of the two. Mike does a lot of the audio and editing work, and I do the filming.”

That balance of audio and visual initially brought the two together in 2011 and set them on a road trip across the United States, taking them from Portland, Maine, all the way to Reno, Nevada. On their cross-country trip, they filmed a “miniature documentary” of all the open mic events they could find, with Kelly performing and Ashman recording video.

Kelly, who is a local musician and part of a number of bands, including Brother Stereo and Trebek, toured his music through Germany following the trip across the States. Ashman came with him and continued to take photos and video.

“When we got back home from that, we decided to take it to the next level and become a little bit more professional,” said Ashman. “We worked on some music videos for people we know, and one thing led to the other.”

Clients for the upstart company now include local bands usLights and Dwayne Haggins, among others. Businesses have enlisted the help of Tri Town productions, too.

Meghan Margarette, a small business owner and self-described intuitive healer who heads the Gypsy Healer in Marlborough, sought out Tri Town when she was looking to get her creative side out. She was in the midst of practicing acoustic yoga with her boyfriend playing guitar, but she was at a crossroads. She wanted to share what she was doing but didn’t know how. Tri Town Productions came in and took pictures and filmed YouTube videos with Kelly recording Margarette’s voiceover to go alongside the acoustic guitar. For other projects, Kelly has provided his own original music in the background.

“It doesn’t feel like you’re working with them,” said Margarette. “It feels like an adventure because they love what they do and they’re excited about it.”

When speaking with Kelly and Ashman, it’s easy to hear that love.

“When you’re on a job, you’re really connecting with the people you’re working with and that kind of connection is undying,” said Kelly. “You’ve created something hopefully great for someone that is trying to do something great. The collaboration is always really nice.”

One of their most recent collaborations was with Jane Miller, a musician and guitar professor at the Berklee College of Music who sometimes performs in Worcester.

Tri Town produced two videos for Miller — one was a promotional video for her new album Boats, and the other was a lesson video to accompany her article published online for Acoustic Guitar Magazine. Ashman also took photos and did the design work for the new album, said Miller.

“It’s so nice to have people around who understand that type of work and what it takes to make it happen, to have an idea and develop it,” said Miller. “And to take it seriously. We all really respect each other’s work.”

It’s the common background they share with the people they work with that creates such a productive experience, said Miller. “They’re a warm presence in your space.”

With the Tri Town duo quickly making a name for themselves, they’re now looking to expand their presence and add more types of videos to their repertoire.

They have begun dabbling in wedding videos this year, something that they hope to continue more of in the future, said Kelly.

Their big project for this year is a “personal project” they are hoping to fund with a Go Fund Me campaign beginning in July. It’s another type of road trip film, but this time they have a different star: their daughter.

Ashman describes it as a family film showing the country from their young daughter’s perspective.

“This sort of a project would show her what we find beautiful in the world and also letting her show us things that we may have missed in the past,” she said. “It’s a collaboration with ourselves but also with our child.”

The future looks bright and busy for Tri Town Productions, and a lot of that has to do with the ever-growing vision of its two creators. While they enjoy working locally with artists and businesses, Ashman makes it clear that she and her husband aren’t afraid to venture outside of their comfort zone.

“We’d like to continue to work with local companies and musicians, but I’d like to also focus on more travel-centered video, working with clients across the United States and Europe and anywhere in the world,” she said. “That’s my goal — to be able to travel to different people all over the world and help create promotional videos for them that are beautiful and honest.”